A BBQ classic here. Ribs. There are a 1000 ways to prepare and cook ribs, this is just one that we like here at Cookout Corner.

I never by pre-packed and marinated BBQ ribs. These are from the local butcher. As you can see, they are fresh and loaded with meat. 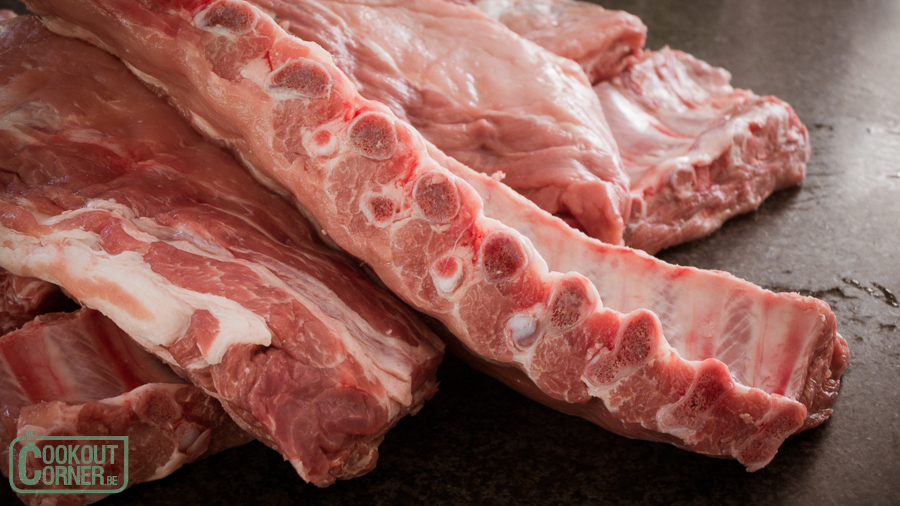 No exotic mixed BBQ marinade here. Keeping it simple by letting the ribs swim for a night in Lindemans Apple Lambic.
I’ve usually used apple juice and apple vinegar to soak the ribs, this seemed a nice alternative. 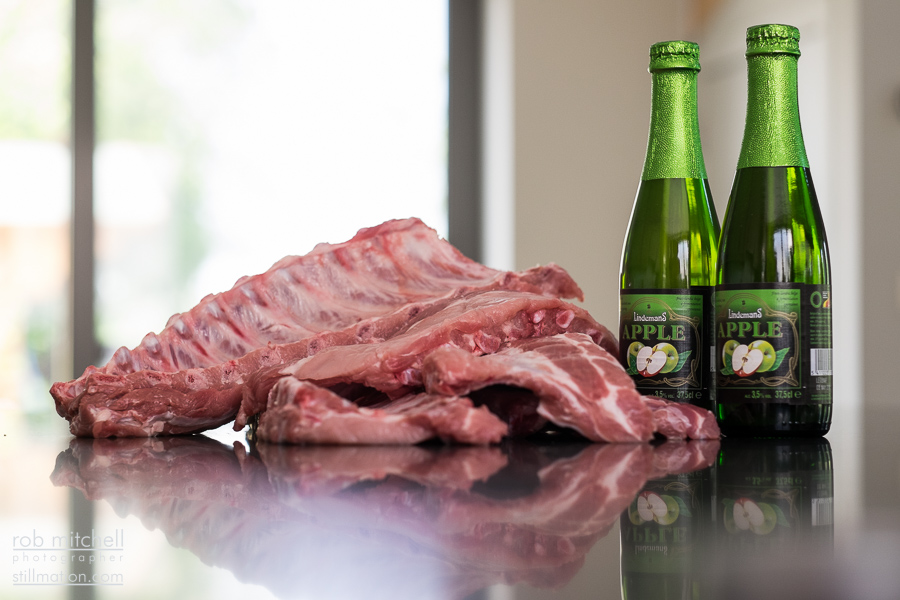 The advantage of getting to know your local butcher isn’t just that he gives you the best cuts, he’ll often help you out too. 6 huge rich racks need something to soak in. The butcher loaned me one of his plastic trays for a couple of days. 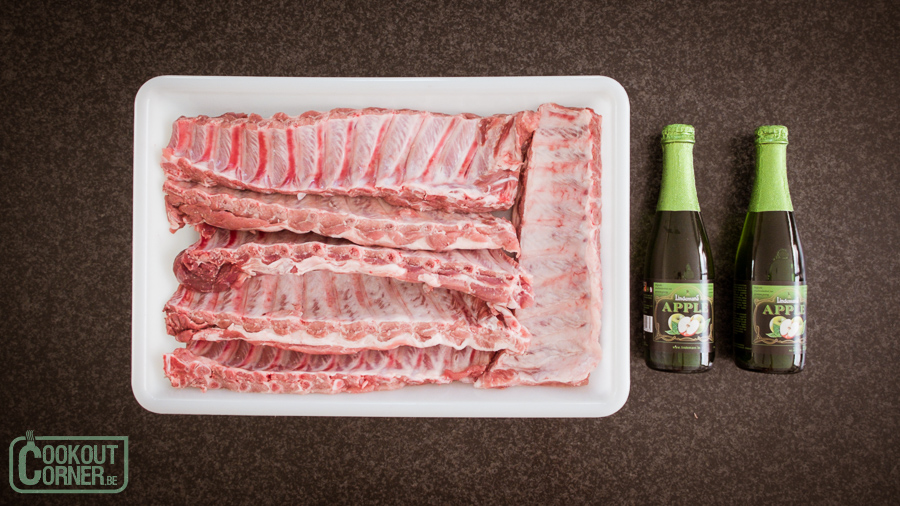 The racks happily swimming in the Lindemans Apple Lambic. 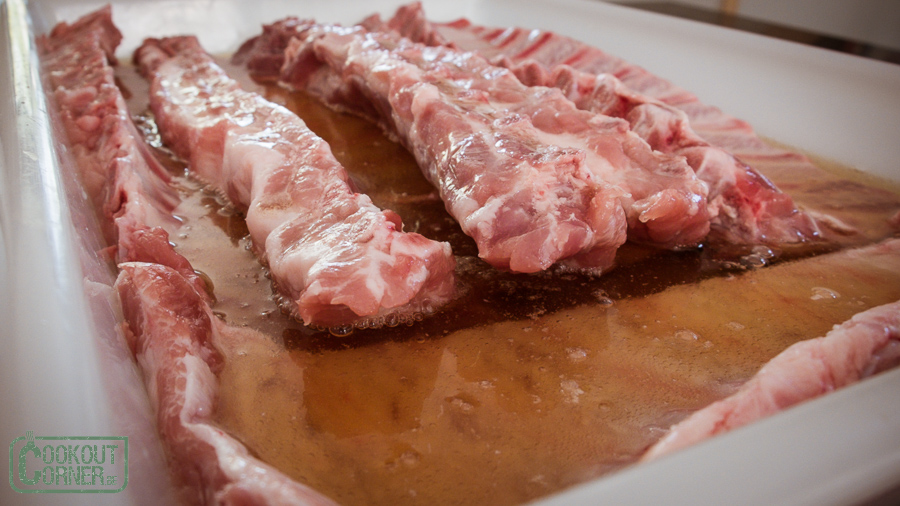 Wrap in cling film and put in the fridge over night. 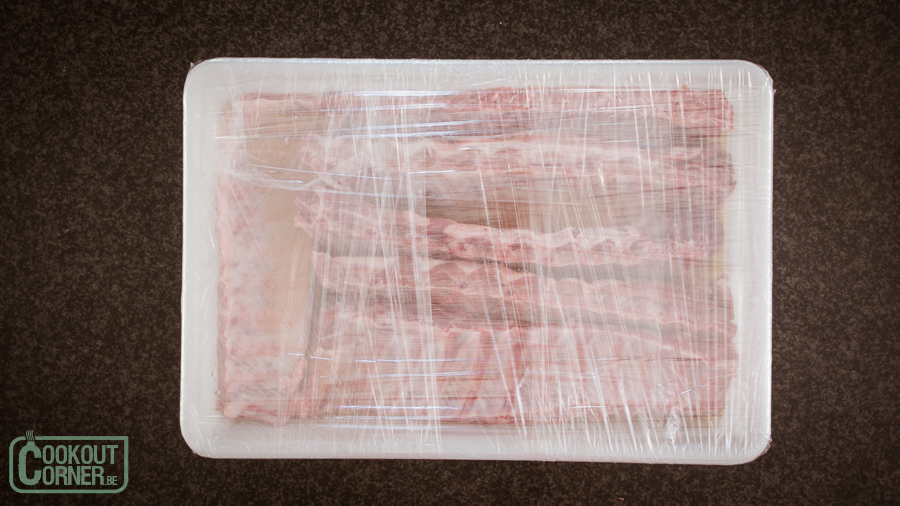 After a night in the fridge, the ribs have drawn in some of the beer and started to tenderise the meat. 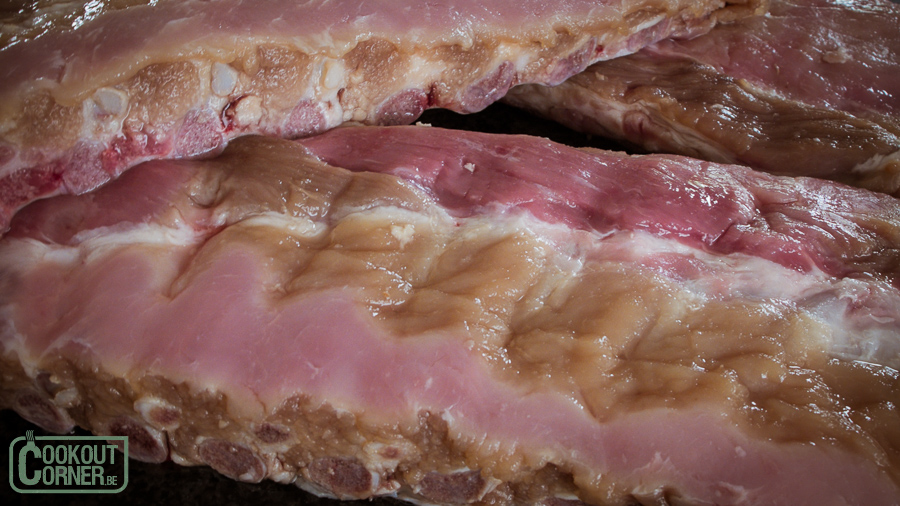 A very important thing to remember with fresh ribs is to remove the membrane from the back of the ribs. That’s the bit that gets stuck on your teeth otherwise. After a night soaking in the beer, this is very easy to remove in one piece. Pick it loose at one end with a knife and pull it along and off of the rack. 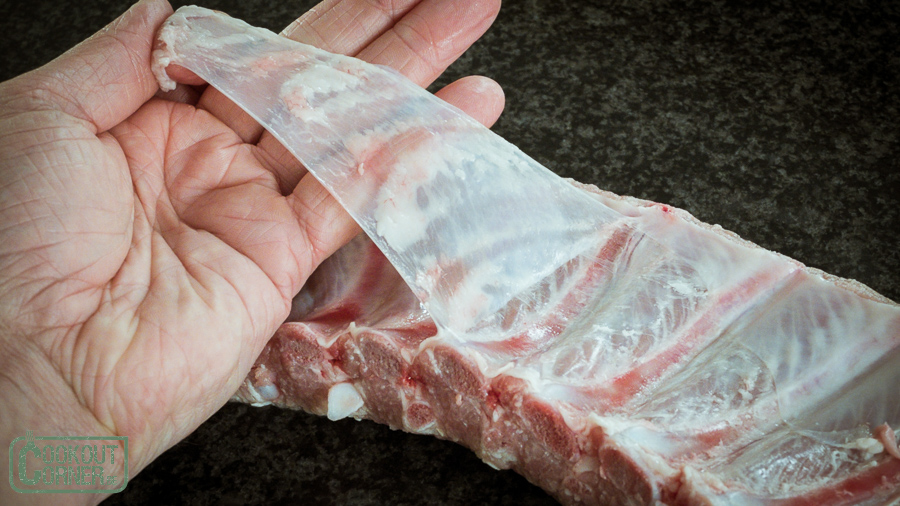 In the mean time the BGE can be lit. Use a good load of big lump charcoal. 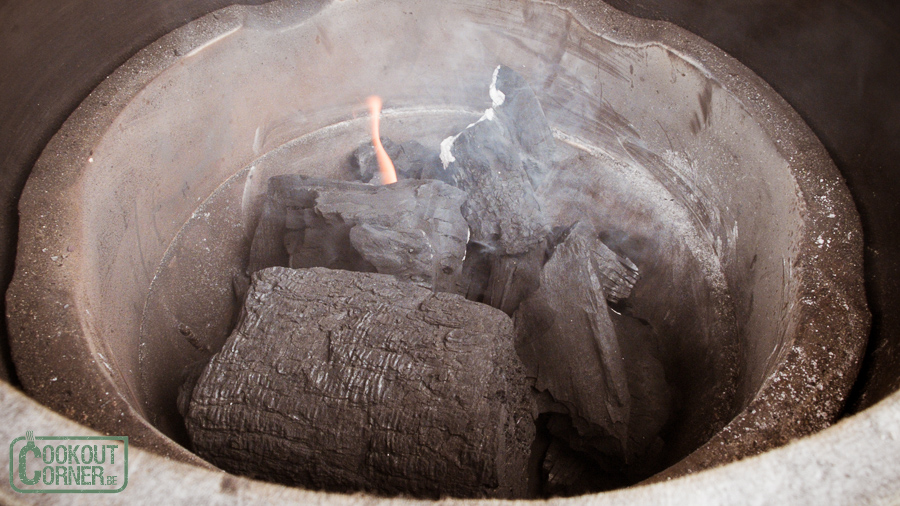 Once the BGE is up to temperature, insert the ConvEGGtor and put the grill on top. Load up the Ribs into a V-Rack and you’re read to go.
Here I used a V-rack in an aluminium drip tray and then put the grill from the BGE MiniMax on top to hold the remaining 2 rib racks.
BGE used here. Large. 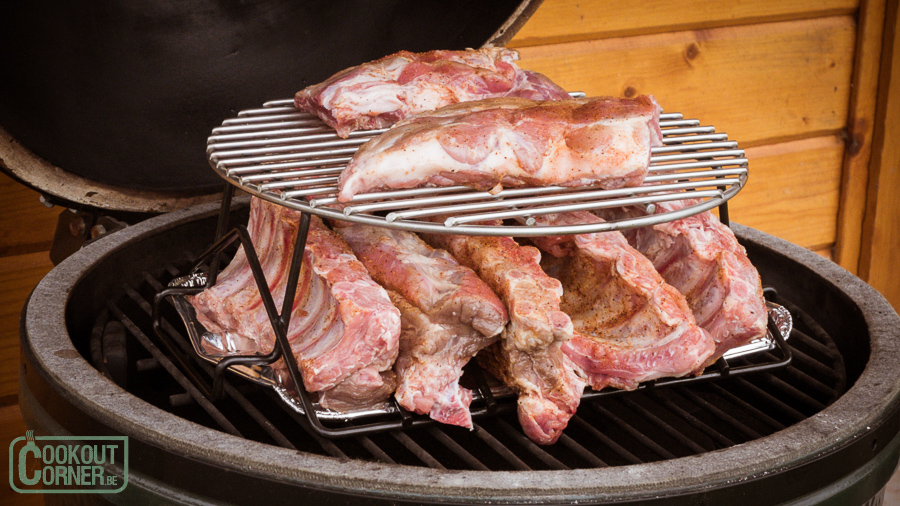 Cooked for 3 hours at 120c these ribs are sizzling nicely. For the first hour of the cook I threw some soaked Pecan wood chips in the fire to smoke the meat. Some people swear by seriously long cooks for ribs for real fall-off-the-bone meat. That’s also an option. Cook at 100c for 4 or 5 hours and these would have all fallen to pieces too. Does that make them better? Try it out and see for yourself. There is no right and wrong way on the BGE, just preferences. 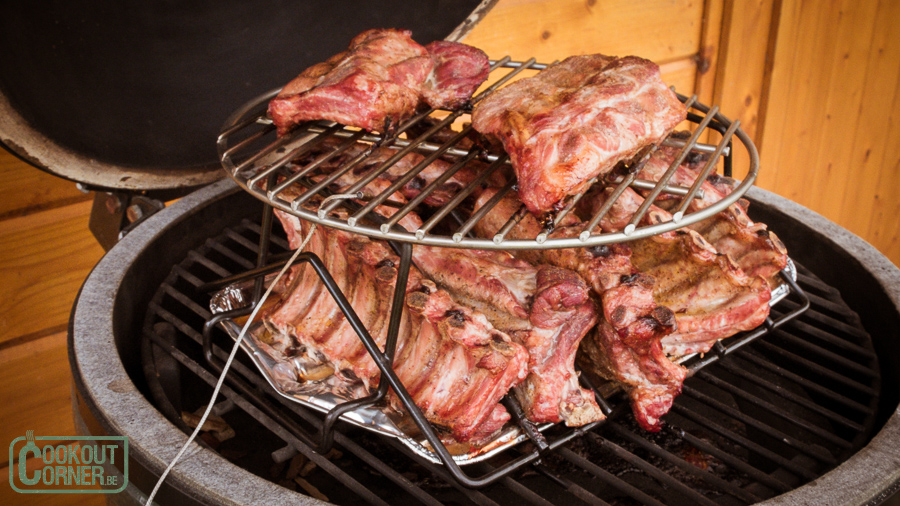 And there they are, the moist and tasty ribs. Cooked to just how I like them.
I’ll put a recipe in the recipe section soon of a sauce that I make to roll and glaze the ribs in. 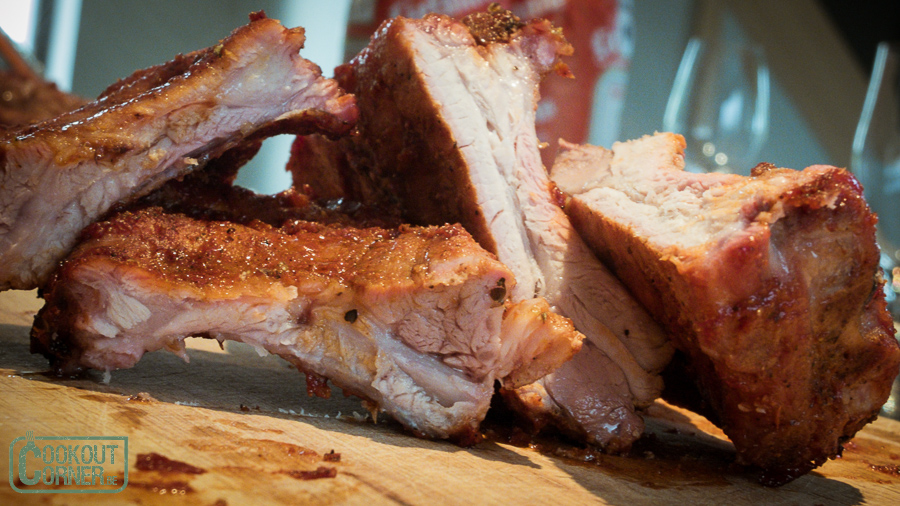 These ribs were bought from Koen and Eric in Herzele.
With Beer from Lindemans.